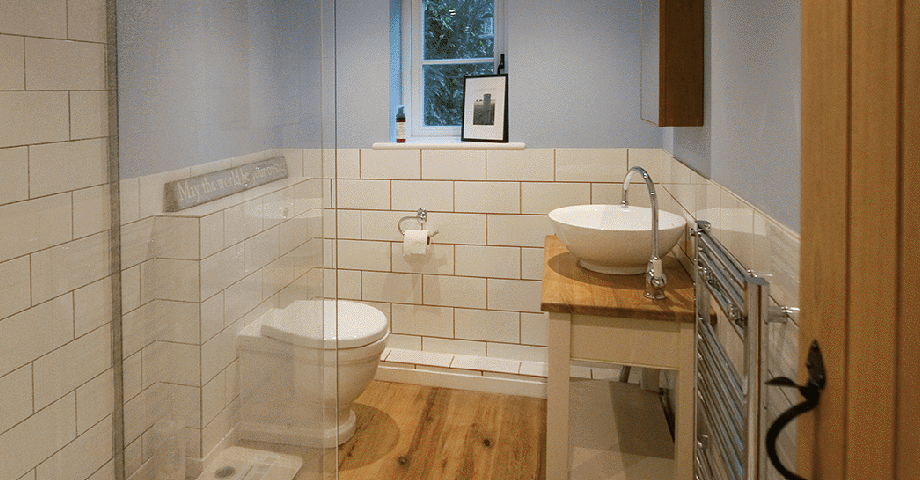 The two-storey extension was built on both the side and rear of the cottage and structural alterations were made throughout. On the lower floor the extension allowed space for a new entrance with lengthy hallway that led to a new shower room and open plan kitchen diner with snug area. On the upper floor the rear part of the extension created an additional bedroom and structural alterations made way for a new landing and family bathroom.

The cottage was completely renovated throughout giving it a traditional look with modern twist, and our team sourced specific materials to match the original features of the cottage.

All rooms were decorated using neutral colours and beams were left exposed. Spotlights were installed throughout along with oak doors, flooring, shelves and other fixtures and fittings. The team installed all bathroom, shower room and kitchen facilities, which included a large Aga Cooker and beautiful free-standing bath. Electrical and central heating upgrades were made throughout, which involved changing from oil to gas and relocating the boiler from one of the bedroom cupboards to the garage. The new entrance featured a vaulted ceiling, glass panelled front door and a large glazed panel to allow natural light into the cottage.

An oak staircase was also constructed inside the new entrance after our team removed the old staircase from the corner of the living room. Our in-house carpenter designed and built a large bookcase for the kitchen diner as well as cupboards and shelves for other areas of the cottage. A large window was also installed in the kitchen diner to allow natural light in, maximising the view of both the garden and fields beyond. 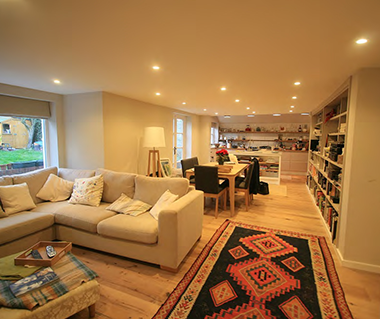 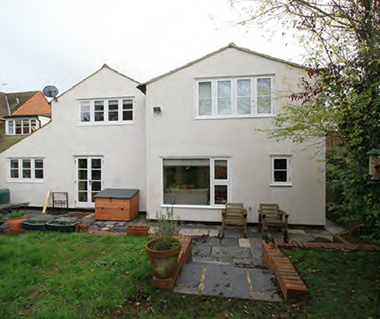 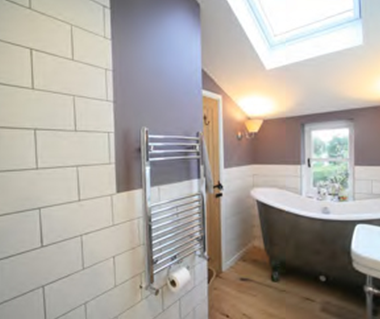 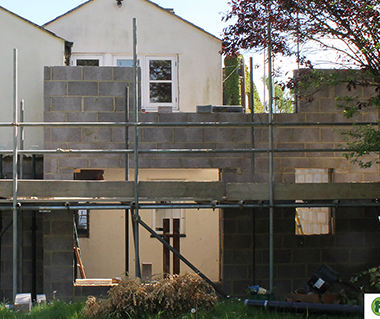